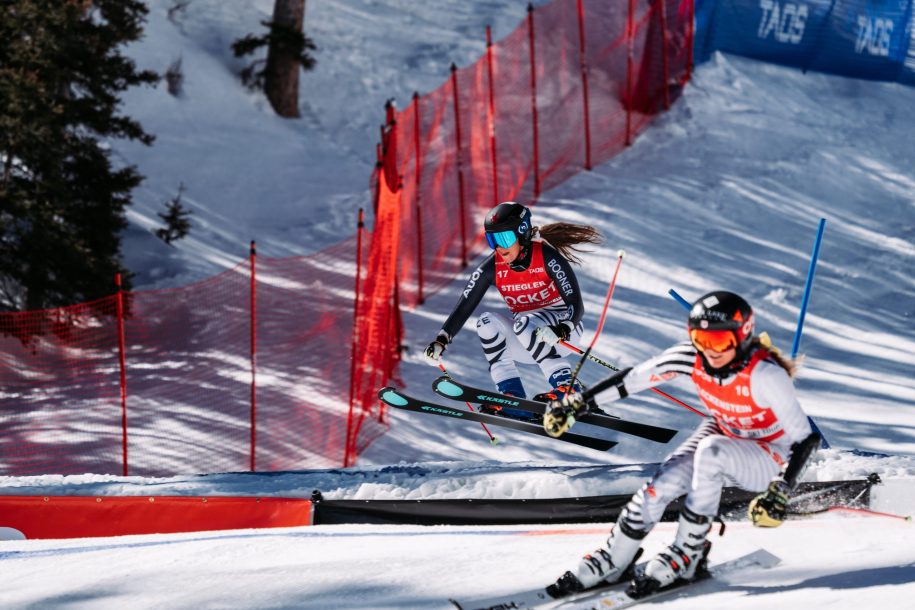 The second stop for the 2023 season is Bear Valley, CA at the Bear Valley Ski Resort. This highly competitive ski tour features world-class racers from all over the world. It’s a complementary tour to the World Cup and accessible to local race fans in the Central Valley and San Francisco Bay Area.

All Tour stops will feature four races; two men’s and two women’s, all of which are televised on CBS Sports Network and live-streamed on FloLive.tv. Fans can also follow behind-the-scenes action of racers on the WPST with the award-winning ‘Life In Between Gates’ docuseries, that appears on NBC Regional Sports Networks, OutsideTV, AT&T Sports, Amazon Prime and more.

Bear Valley offers a total of 9 lifts and 75+ trails across 1680 ski-able acres and a 1900′ vertical drop for an amazing amount of variety for all abilities. Our Lifts include a high-speed 6-pack, a high-speed quad, one triple chair, four double chairs, and two conveyor carpet lifts with one carpet exclusively dedicated to the Cub Club Children’s Learning Center.

The terrain at Bear Valley offers introductory lessons and slopes for beginners, while hosting a mountain filled with off piste tree terrain for seasoned pros, and everyone in between.

Here’s the current schedule for the World Pro Ski Tour. The second stop is Bear Valley!

Where to Stay for World Pro Ski Tour at Bear Valley

Bear Valley does have a little village area on the other side of the mountain. There’s a hotel, a lot of condos, and a couple options for restaurants.

If you want to be very close, you’ll have to stay at the Bear Valley Lodge or rent a condo or house right at Bear Valley. There are no slope side ski in/out condos, so even for as close as you can stay, you’ll need a 5 minute car ride or shuttle to the mountain.

The next major areas to find Airbnbs or house rentals will be in major neighborhoods which will be 20-25 mins back down Highway 4.

Hotels, better dining, shopping, and tasting rooms are located way down in Murphys, which is about 37 miles or 48 min drive.

Up and back from Murphys can get tiring, so the compromise is finding something in Arnold, where there’s a major grocery store, middle of the road restaurant options, and a 30 min drive to Bear Valley.

Choosing something at the edge of the rental areas like Camp Connell can shave off 10 mins to the mountain, but running to the grocery store will bring you back down the Arnold, so you’ll be burning up the travel time you tried to save.

If our lakeside chalet fits your needs for your trip to the World Pro Ski Tour at Bear Valley, head over to make a reservation now!

I’d say it’s far from the typically commercial “village” experience you’d find in Tahoe at Heavenly or Palisades. There’s a pizza place and a bistro. They advertise other places to eat, but we’re talking about bar snacks, and a coffee shop. 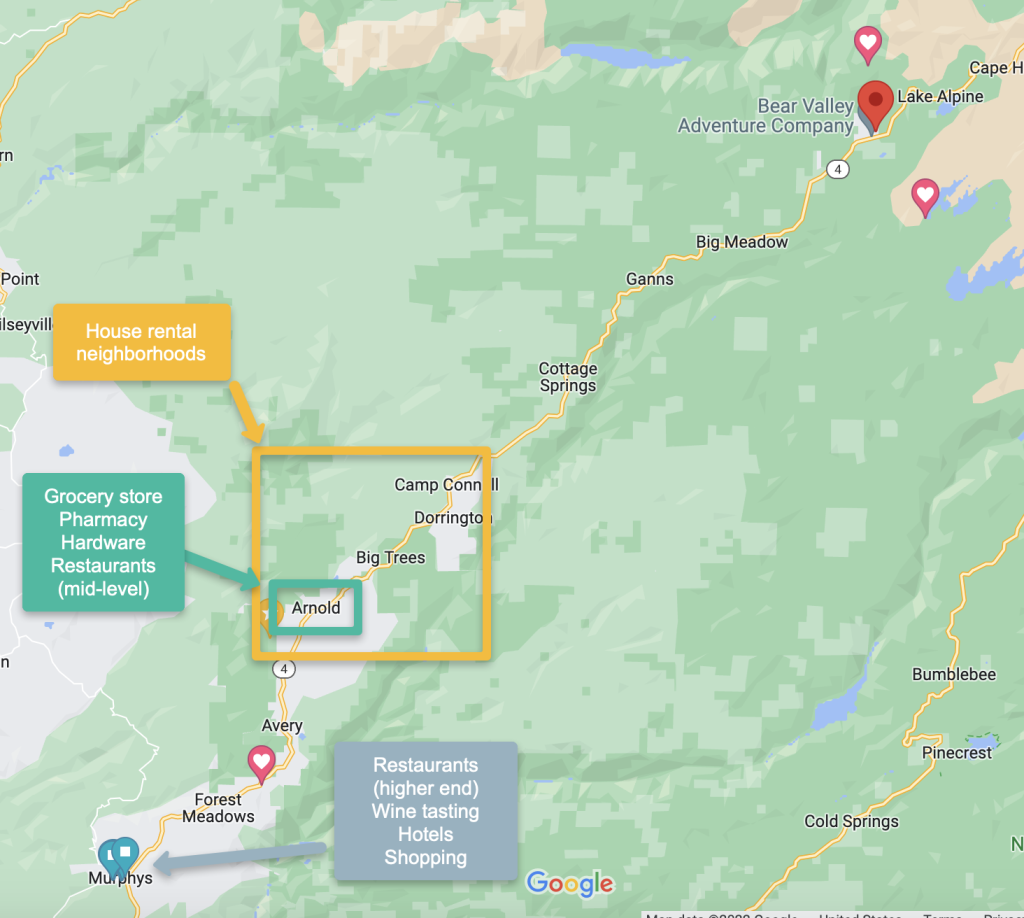 Check out our interactive map of all the places along Highway 4 that matter that most right now.